The best place to be for holidays for me is with my Family. I can be anywhere, when I am with my people I am at home and I will find joy in all that we do. My wife and I started a tradition to go away when we could afford it. Our first trip was random but we managed to make it work. The funny thing is that we had been working away from home and our Daughter was left alone with her granny.

I had been away with work, in Amsterdam to meet and create work with a group of young Performing Arts Learners. As a member of a four-man team and I was the designated Choreographer. The Directors were our employers and the music specialist was one of my good friends who was my companion on this work holiday. It was my first time in Holland though it was not my first time in Europe. The two weeks in winter was a great prelude to what the city had to offer.

It is always great to make friends with everyone you meet.

Earlier that year I made friends with a young man who had come to my place of employment for the year as an intern. He just felt free to chat and spend time with me and my colleague at that time. The funny thing was the hospitality that I shared with him would be the same that I would receive during my visit. His fiancee visited for a week with their son and we spent great moments during their visit.

After a week in the City, I had done plenty of traveling to neighboring cities. Utrecht, The Hague, and Rotterdam. There is real beauty in the cities. I enjoyed the futuristic feel of Rotterdam when visiting a friend who had spent some time working with our Organization. Their company had visited and I was called to choreograph for an awesome play from a book by Zakes Mda. What I am trying to say is without that connection we would have not managed to visit Rotterdam.

On one quiet afternoon, I reconnected with my friend’s fiancee. He was still completing his visit to SA. She made contact on the following day was not a working day and I was off to visit My Friends family. The old folk were very welcoming and could understand when I spoke Afrikaans, I had found it difficult to do the same with the younger generation. They just prefer English.

Later that evening we went to a night club. and Danced the night away. The efficiency of transportation made this very easy. You could have fun and still travel safely at home. Leidseplein Square was amazing. I felt at home. My choice of drink for the night was Duivel – The blend was intoxicating for the first gulp. The bitter-sweet was well-balanced. I would remember this blend each time I was in the City.

All the tourist attractions were not even on the itinerary. This gave me a perspective that there are other ways of experiencing

the authentic side than going tourist side.

These we placed that I could really get lost finding gifts for our home, friends, and family. These were for, great value for my money, the best thing, I could negotiate better rates. The city lit up and stayed awake for hours. I could shop before I started work and after work. By the end of the week, I had Ornaments, Jewelry, Clothes, and great shoes. Coming back home was awesome. The gifts were so wonderful.

After a few months, we had gone back for an extended time of more than a month. This time was during the spring towards summer.

Zandvoort by the Sea

We managed to visit the coast of Zandvoort at the sea. The group of students organized for some time at the sea. I remember running on the beach with the wind at my back and carefree. They were great shops by the sea. Some of the beach gear was way ahead of time. We returned and everyone would be in awe of the outdoor gadgets we had. The sand was a bit course this was new to me.

This was a marvel, a bike ride away, I was becoming Dutch! It is really not difficult to get used to crossing on the wrong side of the road and getting used to the rules of traffic. The sooner you lent this the more of the City you could see. I literally bumped into the Museum. I stopped and the queue was not as long. Later I was told that it is usually very difficult to get into the museum. It was tourist season. That meant nothing since I think is best to visit not as a tourist.

The images were breathtaking and worth getting lost for in that part of the city. The Rembrandt Museum – Amsterdam Rijksmuseum. A stone throws away from the Van Gogh. Talk about hitting two birds with one stone! I lost myself for the second time that day. The venues were too big to be done in one day.

Daylight saving was an adjustment. The days became longer and there were more fun things to do. A ride on a bike the Dutch way. The Rembrandt park Amsterdam was a joy ride. Meeting up with an old colleague from home. The ride was peaceful. Many of the locals were just laying on the grass and drinking. The hot ride ended with Australian yogurt ice cream. and the evening was out of this world I had never had a vegetarian meal that was so meaty. The blend of greens and pumpkin and nuts, wow. As seriously considering going to Vegetarianism ones more.

The Theatre was full.

The Student Actors performed an adaptation of a book by Credo Mutwa, Indaba My Children. I would have never thought that some of our students would thrive to become international superstars in blockbuster movies. It just a working holiday. The Advance thrilled by a story filled with dance, Music, and Moverlous set. As preparing to Come Home to my real Holiday.

Momy was just about to complete a tour In KZN (Kwa Zulu Natal). Flight Tickets were booked, for me and our baby Girl – Johannesburg international to Durban International Airport and back. We had a cottage booked by the sea for the weekend. After being apart for a little while, it was relaxing to be together again.

A wonderful Water Park by the Ocean. This was our first holiday as a family. Though short because My wife was still at work. All I can say time with Family is the best of times. 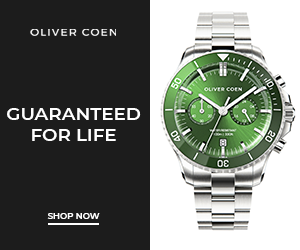